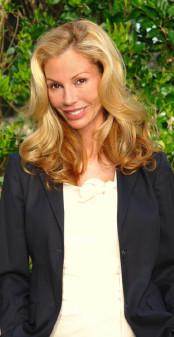 Leslie Acoca designed and created the Girls Health Screen – the first validated health and trauma screen for incarcerated girls – and is the Founder and President of the National Girls Health & Justice Institute. Acoca lectures nationally and is a published author, producing presentations and publications for the Office of Juvenile Justice and Delinquency Prevention (OJJDP), the National Council of Juvenile and Family Court Judges (NCJFCJ), Grantmakers in Health (GIH), the National Council on Crime and Delinquency (NCCD), the National Commission Correctional Health Care (NCCHC), Child Welfare League of America, the Stoneleigh Foundation, The California Wellness Foundation, and the Casey and Kaiser Family Foundations. National Public Radio (NPR) All Things Considered, the Los Angeles Times, and Kaiser Health News have prominently featured her work. Acoca has also appeared in several videos and feature length documentaries. In 2016, Acoca will publish her memoir about how violent crime affected her family and led to her career in justice.

Her service includes: Co-Founder, Commonweal Inc., a renowned cancer support and juvenile justice center; Founder and Director, Threshold for Change Inc., a treatment continuum for dually-diagnosed youth; Founder and Director, Women and Girls Institute at NCCD; and Director, National Girls Health Screen Project with the Children’s Hospital of Philadelphia and Juvenile Law Center. Acoca’s six national studies identified the risk factors that lead to the arrest and incarceration of girls and women at twice the rate of boys and men. Her quest to understand and interrupt this trend led her to interview over 5000 incarcerated girls and women ages 10-72 who were locked in detention centers, jails, and prisons nationwide, including women on Death Row.

Acoca holds a BA with honors from Yale University, and a dual Masters degree in counseling and psychology from the University of San Francisco. She is currently a licensed MFT in the state of California. She is the recipient of the Stoneleigh Fellowship Award and the International Hero of Compassion award from the Dalai Lama.